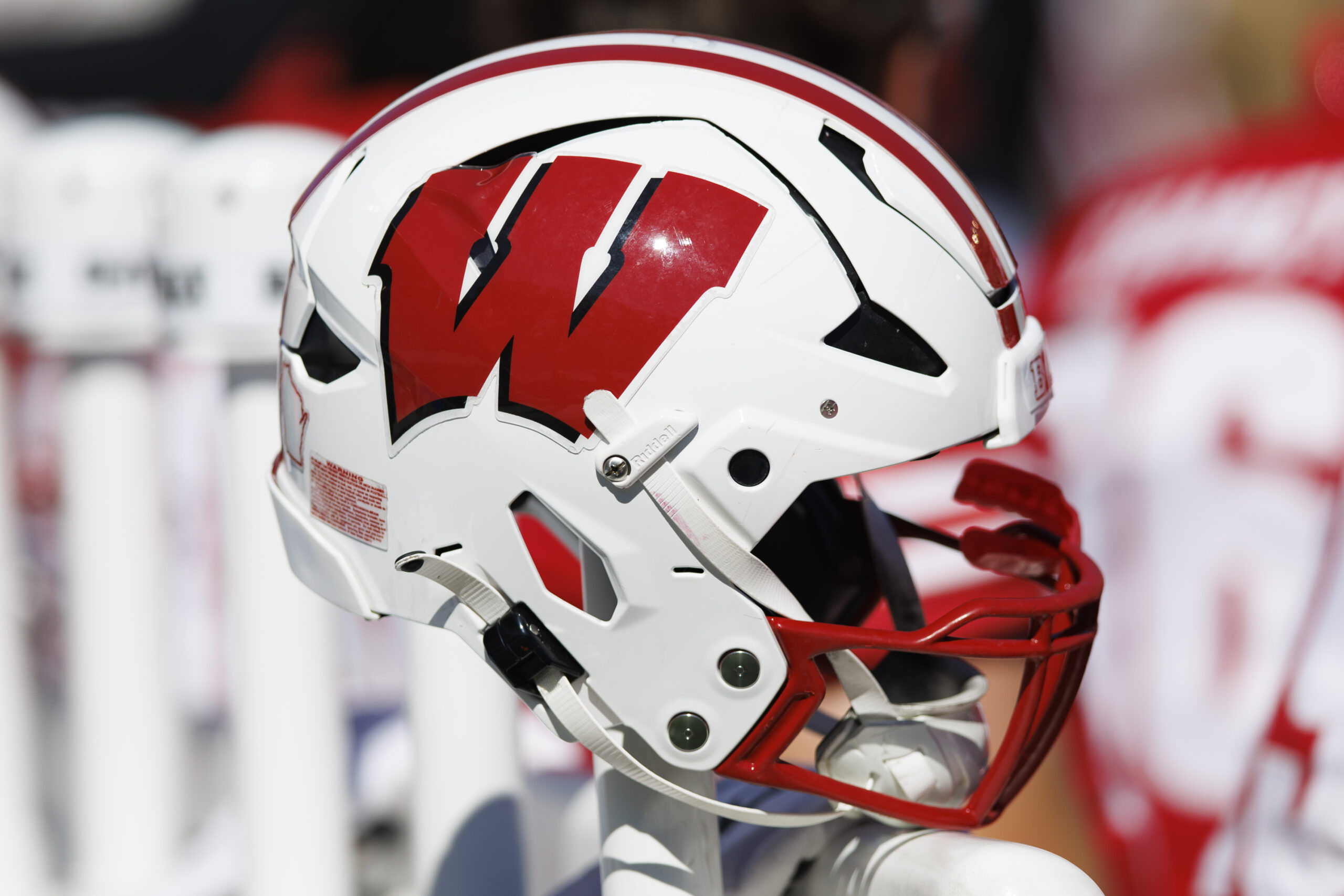 It was a busy weekend for Wisconsin football. But don’t worry; BadgerNotes has you covered with all the latest news you may have missed.

Two in-state recruits, Rob Booker and Donovan Harbour, also came to Madison on Saturday. Harbour is the number one ranked player in Wisconsin, while Booker is the fifth-ranked player in the state for the 2024 class, according to the 247Sports Composite.

According to the 247Sports Composite, Porter is the 53rd-ranked defensive lineman in the 2024 class. On top of that, he’s the 90th-ranked player in Florida.

Porter holds over 20 offers. Some notable schools include Michigan, Tennessee, Auburn, and Oklahoma. It will be a challenging recruitment for Wisconsin with the litany of offers Porter holds.

Brody Barnhardt, a three-star safety, is scheduled to visit UW in March. The North Carolina native is a top 50 safety in the 2024 class. Additionally, he is the 15th-ranked player in the state, according to 247Sports. Barnhardt holds offers from NC State, West Virginia, and Virginia Tech, among others.

Tight end Brett Elliott is also scheduled to visit. He’ll head to Madison on January 28th. Elliott holds offers from other Big Ten schools, including Nebraska and Rutgers, and Wisconsin will have its chance to meet with the 6-foot-5, 227-pound tight end this weekend.

Where Will Wisconsin Football Get Its Pass-Rush From in 2023? 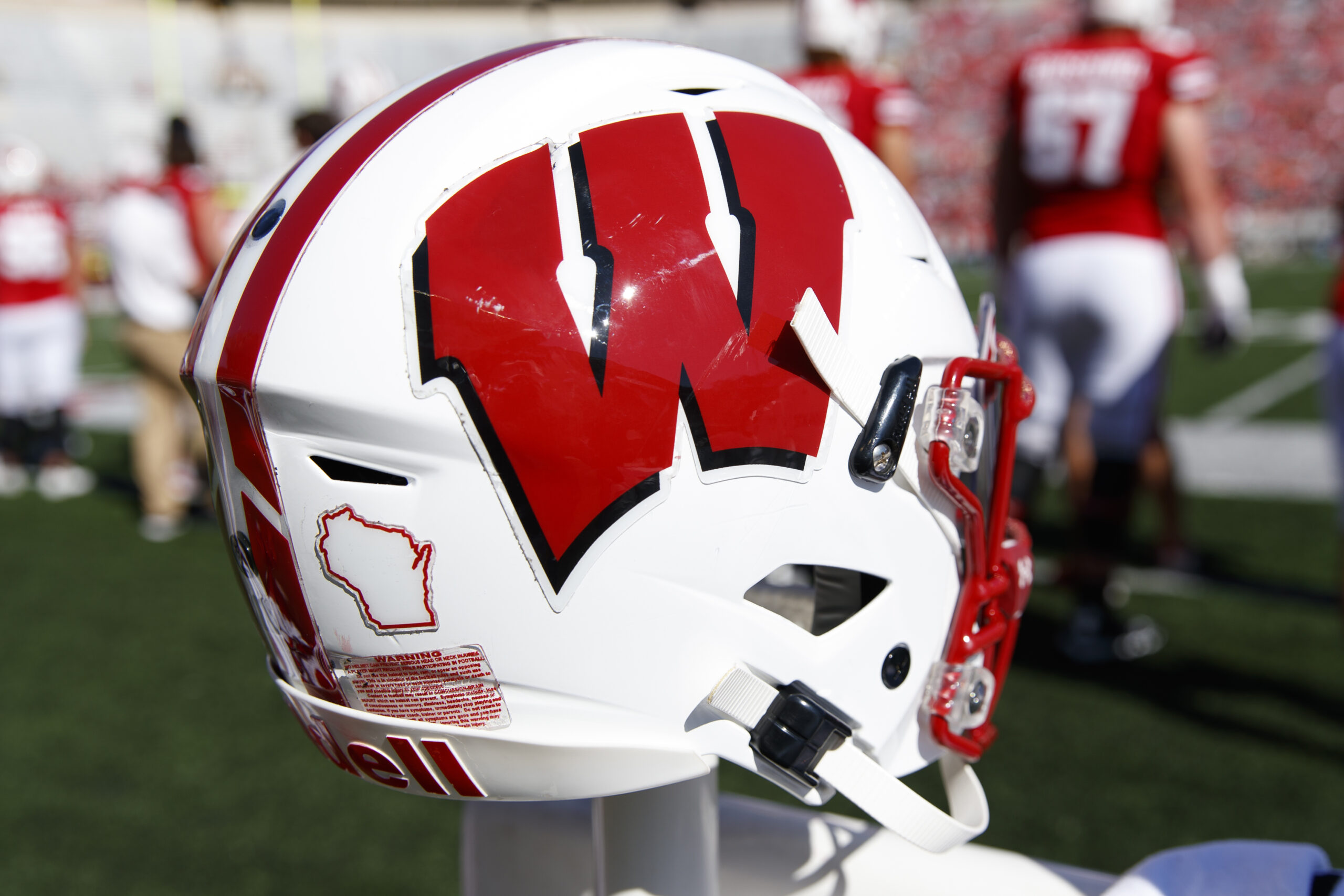 Wisconsin football completed its 2023 recruiting class just a few days ago. After putting together a top 40 class, UW has set its sights on 2024.

The Badgers have already secured multiple recruits for the 2024 cycle and are currently among the top choices for multiple recruits. Here’s an early look at Wisconsin’s 2024 recruiting class.

Mettauer, a four-star QB, committed to UW on Christmas Eve, making him the first recruit of the 2024 class.

According to the 247Sports Composite, Mettauer is the No. 21 quarterback in his class and the No. 43 player in Texas.

The 6-foot-5, 215-pound QB is a gunslinger through and through. In 2022, the Texas native threw for 2,621 yards and 32 touchdowns. Mettauer has excellent pocket presence and arm talent, making him a seamless fit for the air raid offense.

Mettauer is among the best in his class at quarterback, and he’ll have the opportunity to fight for the starting job in his first year on campus.

Stec, a top tight end in the class, was UW’s second commitment for 2024. The 6-foot-6, 220-pound tight end has the attributes to make an immediate impact when he heads to Madison in 2024.

According to the 247Sports Composite, Stec is the No. 10 tight end in the class and the No. 4 player in Illinois. He also ranks inside the top 200 players in the class. In 2022, Stec hauled 17 catches for 300 yards and three touchdowns.

The Illinois native is a do-it-all tight end. His size makes him a tough matchup in run block situations, and his pass-catching ability is among the best at his position.

With Clay Cundiff and Hayden Rucci entering their senior seasons, Stec could be a contributor on day one. His talent makes him an option to take the reigns as a potential freshman starter in 2024.

Booker, a Wisconsin native, is the third committed prospect for 2024.

According to the 247Sports Composite, Booker is the No. 23 tight end in the class and the No. 5 player in Wisconsin. In 2022, Booker hauled in 27 catches for 380 yards and six touchdowns. After his impressive year, he was given an All-State First Team selection.

The 6-foot-6, 215-pound tight end is a mismatch nightmare. Booker’s frame makes him a big-bodied player who can do damage in the red zone, and he’ll be a red zone threat at the next level.

Other notable prospects for Wisconsin football

The Badgers landed in top running back Jordan Marshall’s top four choices. He took to Twitter to announce his remaining choices.

Marshall is the No. 12 running back in the class and the No. 4 player in Ohio, according to the 247Sports Composite. UW will have a tough recruitment battle with other Big Ten schools in the race, but the Badgers are a top choice for the dynamic tailback.

Jackson is the No. 21 linebacker in the class and the No. 7 player in Michigan, according to the 247Sports Composite. UW offered Jackson in the fall, and he recently visited campus on Junior Day.

Wisconsin football is just starting to put is 2024 recruiting class together, and they’ve already secured multiple four-star recruits. We will have to wait and see if they can bring in other top targets, but regardless, UW is shaping up to have an excellent class next year. 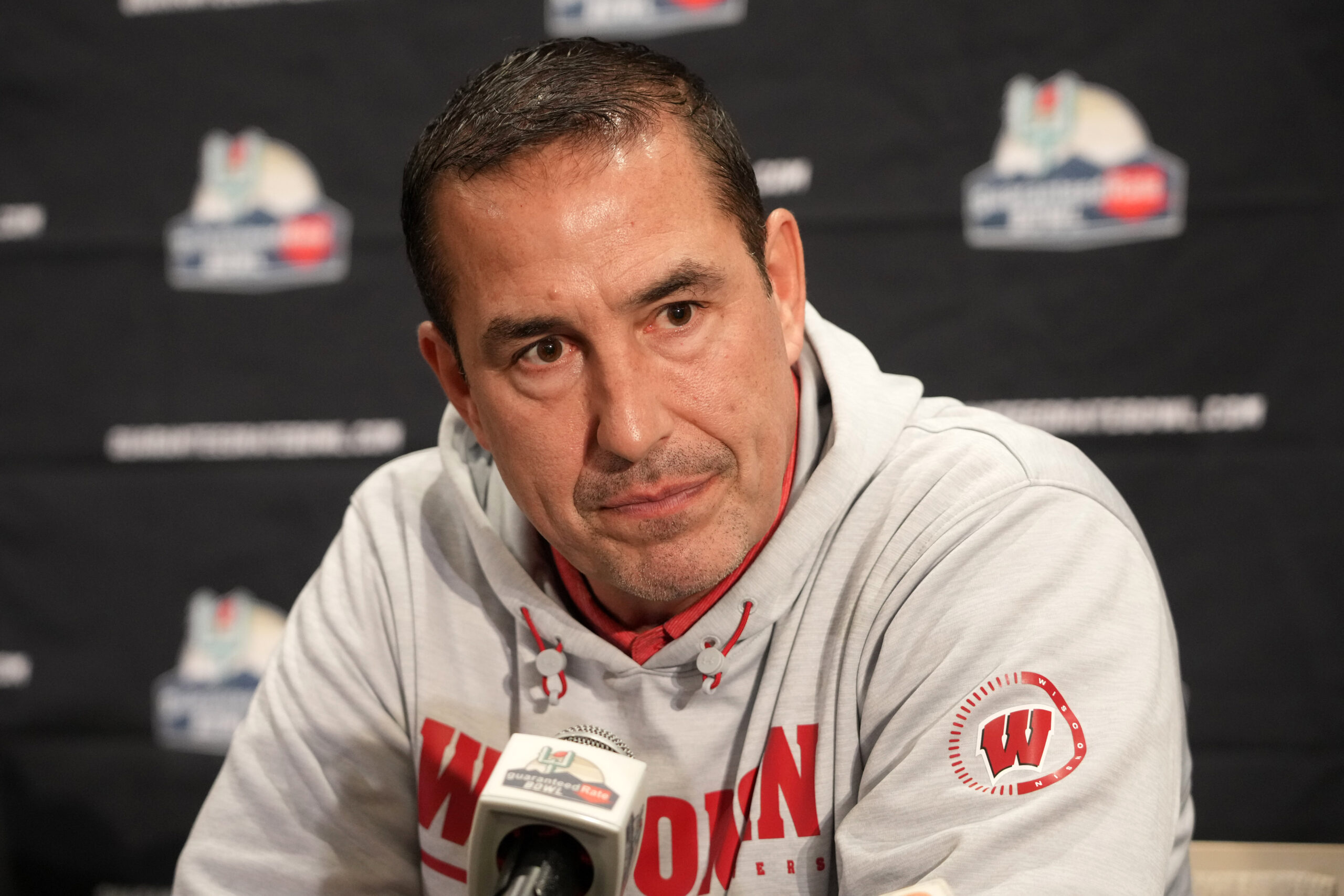 Wisconsin football has completed its 2023 recruiting class. With multiple four-star recruits and a long list of three-stars, UW has brought in some high-level talent.

After Luke Fickell took over as head coach, the Badgers added six recruits for the 2023 class. According to the 247Sports recruiting rankings, Wisconsin finished with the 37th-ranked recruiting class in the nation.

As the focus shifts to the 2024 class, here are some final takeaways from Wisconsin football’s 2023 recruiting class.

Secondary depth was a point of emphasis for Wisconsin football

Wisconsin added five defensive backs in the 2023 recruiting class. Due to the departures of Cedrick Dort II and Jay Shaw for the NFL Draft, the Badgers have retooled their secondary with some intriguing prospects.

UW will have a revamped secondary as we head into 2023. Due to the youth in the room, these young prospects could make an immediate impact.

Due to the influx of quarterbacks, LaCrue may be buried in the depth chart. However, his upside as a dual-threat QB makes him an intriguing addition. Fickell has stated that he looks for quarterbacks who can sling it and use their legs, and LaCrue fits that mold to a tee.

Trech Kekahuna is a potential building block for the future of the receiver room. The 5-foot-11, 180-pound receiver has remarkable athleticism that makes him an excellent option for a slot receiver. He could also make his mark on special teams with his elusiveness and speed.

Nate White, hailing from Milwaukee as the lone in-state recruit, will look to carry the tradition of great Wisconsin running backs. White has elusiveness that makes him a threat in the open field. He’s not a power runner, but his speed and athleticism make him an excellent future option.

Tucker Ashcraft joins UW with arguably the most upside. He’s considered a late bloomer, but he’s come into his own as a blocker. Ashcraft’s pass-catching ability needs to develop, but his fundamentals make his upside intriguing for the Badgers.

Fickell is an incredible salesman

Luke Fickell is putting together something special in Madison, and players are taking notice of that.

After the coaching shakeups in the offseason, questions loomed on what would be next for Wisconsin. UW commits recruited by the former staff re-opened their recruitment to search for a new home. However, Fickell was able to pull some exciting prospects back.

The biggest surprise of the recruiting cycle was wide receiver Trech Kekahuna flipping to Wisconsin from Arizona on early signing day. But Fickell kept going, as he was able to bring back defensive lineman Jamel Howard just a few days ago.

The new staff was able to lure in some former UW commits to put the cherry on top of a solid recruiting class. There is something special brewing in Madison under the new regime.

Wisconsin football will now shift its attention to 2024. If this current class indicates what’s to come, the Badgers are in good hands under Luke Fickell. 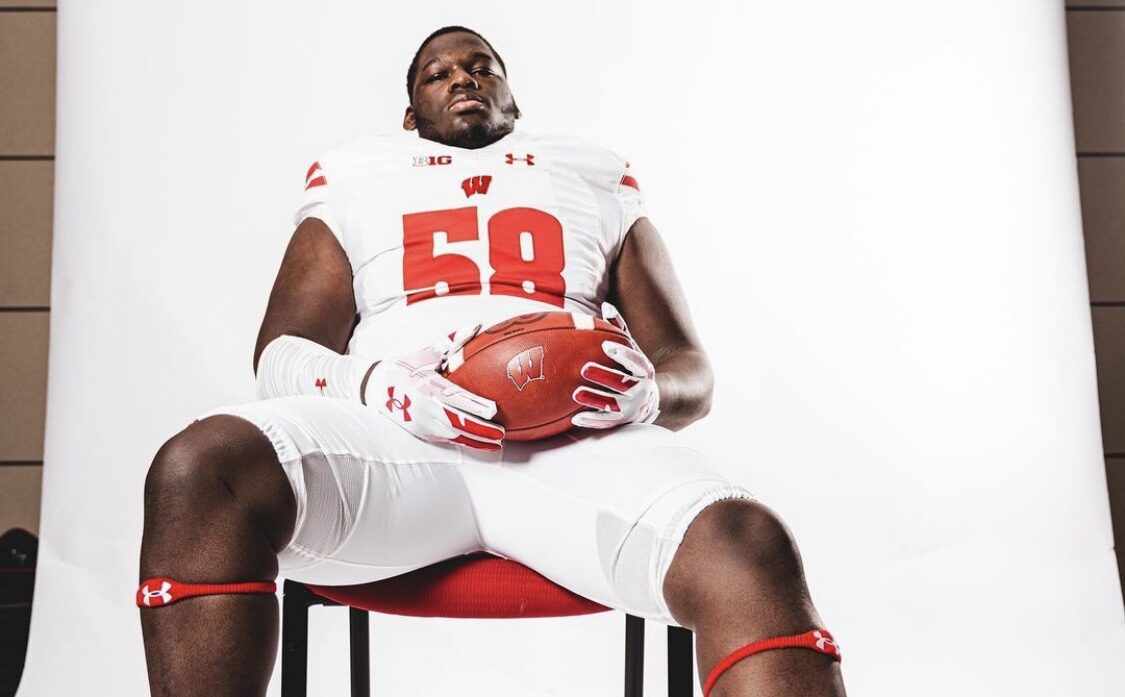 Madison, Wis. — On national signing day, Luke Fickell and his coaching staff received some news from Jamel Howard they’ve been desperately waiting to hear since he became the head coach of the Wisconsin football program.

Howard, a three-star nose tackle out of Chicago, Illinois, who was previously committed to UW and trending towards the Michigan Wolverines, announced in front of friends and family that he was (re)committing to the University of Wisconsin and joining the 2023 class.

According to the 247Sports composite rankings, with Howard’s addition, Wisconsin football has the No. 58 recruiting class in the country and the No. 12 rated class in the Big Ten.

However, UW’s average recruiting score of 87.32 was the fifth highest in the conference, trailing only Michigan, Michigan State, Penn State, and Ohio State.

What is Wisconsin Football Getting With Jamel Howard?

Jamel Howard’s fit with the Wisconsin football program isn’t worth speculating about — he’s coming in to play nose tackle at the next level.

The 6-foot-3, 320-pound defensive lineman finished his senior season with 53 tackles, three sacks, and a forced fumble, according to MaxPreps.

One thing that stands out with Howard, besides his size, is his strength; his ability to win with leverage and still show explosion.

Some nose tackles are “leaners” who do nothing but occupy space and eat up blocks. Rest assured, Wisconsin football isn’t getting that from Howard.

The three-star prospect moves well, is a good hand fighter, can occupy gaps, disrupt, and has upside as a pass-rusher who occasionally gets after the quarterback.

Jamel Howard is a big recruiting win for Luke Fickell and the Wisconsin football program. Although UW had inroads with Howard, it was an entirely different recruiting battle for his services the second time around.

When he initially committed, Wisconsin was his best offer by far. Still, after programs evaluated him during his senior season, some big fish started circling, namely LSU, Michigan, Ole Miss, and Miami. All of which got him on campus for official visits.

Coach Fickell and the new defensive line coach Greg Scruggs who most recently was an assistant with the Jets, stayed relentless in their pursuit and refused to be outworked.

“The coaching staff was just very reassuring to me about what they needed me to come there and do,” Howard told Allen Trieu of 247Sports. “They said I was the guy they wanted. They kept saying that and making me feel that.”

Beating out an offer list featuring some heavy hitters is a victory in and of itself, but it also signals that Wisconsin football is getting ready to take the next step as a program on the recruiting trail.

Howard will provide some much-needed depth on the interior defensive line. With Keeanu Benton off to the NFL, Wisconsin football has only Gio Paez, Curt Neal, and Ben Barten returning at the position.